I am pleased to report that not only did everyone, myself included, survive the shower on Sunday, but I daresay everyone also had a good time.

The afternoon started with each guest choosing a baby related name to be called instead of their own name during the shower.  They were then given name tags with their “new names” and a safety pin to be surrendered if they called someone by their “real name” instead of their new name.  Some of the names used were projectile vomit, spit up, nipples, and I choose Diarrhea for my tendency to have diarrhea of the mouth.

Once everyone arrived, each guest was asked to introduce themselves with both their real name and their new name, and a story about how they met or knew Thing One or her husband.  In hindsight, I think the introduction was the “best part” of this game though.  I lost my pin almost immediately and was Diarrhea so many times I had almost forgotten my own name.  The kids really had a blast with this part….. smh

Once everyone had been introduced, we started the first game in which Thing One and her husband had to change a baby using only one hand each.  While they did do a good job of teamwork, I am glad to see that they may “need” a little help from Grandma.

As predicted, there were many comments about how they should be changing two babies since Thing one is having twins, which prompted the next game in which each participant was given two babies, one to change and one to hold while changing the other.  KR won this contest in terms of the speed at which she was able to change twin a while holding twin b (46 seconds), but I think Z’s brother J took the cake for his creativity while changing the babies.  (he placed one in his lap and laid the other on the floor, speaking to both dolls the entire time as if they were real)

The next game played was trying to see how many safety pins each guest could find in a bowl of rice while blindfolded.  They each had one minute, and I believe the winner found 11.  The winning video for this game is here.

I think the most popular game played was guessing of the size of Thing One’s baby bump.  Each guest was asked to cut a piece of yarn that would be closest to the size required to wrap around her tummy.  While most people we not even close, the most notable were… 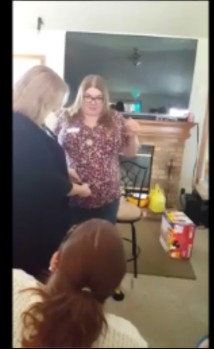 The winner was dead on 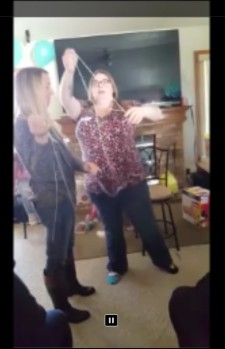 some a little bit exagerated

(left) Brandon’s guess of 6 inches….there is a reason he has held status of her best friend for so long

(center)  The winner with an exact measurement

(right)  A SLIGHT exaggeration on my friend Jessica’s part.

While people were eating and socializing, we asked guests to feel free to decorate a bib or a onesie.  In hindsight, I should have included stencils for the table, or advance notice that we would be doing this.  While again, the kids had a blast, most of the adults were “shy” to participate fearing their decorating abilities were not up to par. 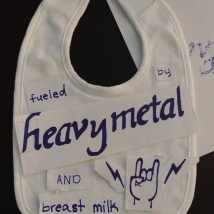 The shower ended with the opening of gifts.  I have over 300 pictures to go through from the day, but to share a few more before I go.

I won’t claim I’m a professional, but the appetizers and deserts we made turned out ok, and it was a blast making them. 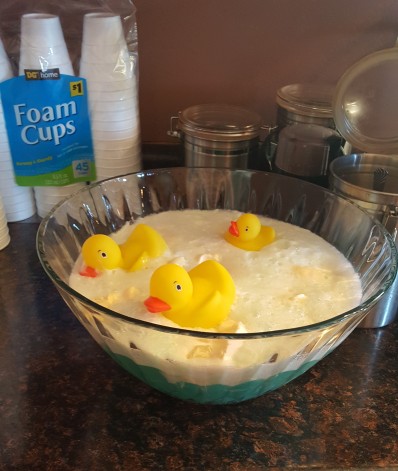 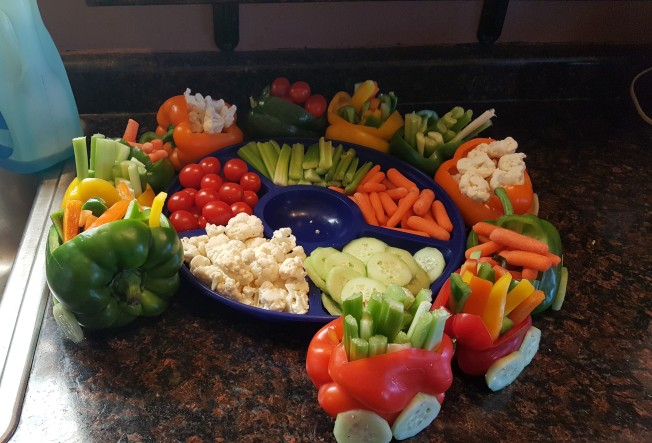 So hard when someone says tell me about yourself...what do you want to know? View all posts by msgracefulnot

This site uses Akismet to reduce spam. Learn how your comment data is processed.