I am going to assume you have experienced Constipation first hand if you are reading this.  If you haven’t or have any questions, I recommend this link to Mayo Clinic for more information.  While Constipation is generally described as having fewer than three bowel movements a week, would you believe that some people are lucky enough to have consistent and almost timed bowel movements?  I personally couldn’t believe that until I starting talking about and asking about “Poop”. If you don’t have a bowel movement regime like that though, don’t worry it doesn’t mean you are “broken.”

My battle with Constipation started years ago, and for years I have jumped through hoops and tried so many different treatments with no relief.  At one point, I even ended up being hospitalized for it.  More people have seen, touched, or in some way “violated” my ass than there are days in the week.  It shouldn’t have been so difficult, THAT is why I am talking about it.

I am angry that when I asked for help with constipation issues, the first doctor I saw shrugged at me and told me to eat more fiber, drink more water, get more exercise, and lose weight…. Sure I will get right with you on that!  BUT in the meantime….. What the hell do I do?  (Exercise?…. yes I want to run a mile with an extra 10 lbs of shit stuck in my gut.  You do realize I am sitting in a wheelchair right?!?!?)

What do I do in the meantime?

I went to another doctor for a second opinion.  I was all keen on eating better and TRYING to exercise, but being Stuck in a wheelchair didn’t make either of those things very easy.  With limited mobility, I often resorted to cooking prepackaged foods since they were easier to shop for and to prepare.  But I could work on that.  The exercise part still had me stumped though.  The second doctor I saw told me to start using laxative pills and if they worked, to just start taking one every day.

Have you ever read the back of the box for laxative tablets?

On the box itself it says to talk to your doctor if you have to take them for more than one week.  But I’m just supposed to keep taking them EVERY DAY if they work?!?!?!  Seriously?!?!

I asked for a referral to a gastroenterologist.  (When you have an HMO and need to see a specialist, it can take a long time to get an appointment with a new doctor.)

Before I could get into the Gastroenterologist, I ended up in the Emergency Room, because after not having a bowel movement for 21 days, you are not able to add anything to your body.  I couldn’t eat or drink anything, and became severely dehydrated, and had to be admitted.

and why did I have to have all of these things before I was 35?  The ANSWER is Multiple Sclerosis.  I felt like I was attending medical school as a patient.  After being discharged from the hospital with a whole slew of new medications, I spent the next year changing my diet, adding more fiber, doing abdominal exercises yet nothing seemed to help.  I was lucky if I had a bowel movement one time per week (so I guess it did help, but still wasn’t acceptable.)

It wasn’t until last year, FINALLY, that I was introduced to Power Pudding.  It’s easy to make, natural, and it works for me.  I don’t know if it will help forever, but I am so tired of testing, drugs, and surgeries.  I don’t understand why the doctors didn’t recommend this first.  (I have ideas, but they involve conspiracy theories about not actually trying to find a cure when there is so much money to be made with Big Pharma etc)

Again, I am NOT a doctor.  I can’t promise that this will fix your constipation, but I can make you aware of it.  If you suffer from Constipation, please don’t wait to start something for treatment.  Of all of the testing I have been through, there was only one that didn’t make me want to cry, and that was only because the nurse administering the test was ridiculous.

The doctor told me that the test involved eating eggs that would contain a small amount of radioactive material, and then being xrayed or scanned over the course of a few hours to monitor the rate at which food left my stomach.  UM ok?  Eat radioactive material?  I’m in?  When the nurse brought the eggs to me, she was wearing hot mitts like these

and said, “Now don’t touch these eggs with your fingers because they are radioactive”.   I can’t touch them, but you want me to eat them?!?!??!  I assure you that is the only test I laughed at.

At least she didn’t come in looking like this: 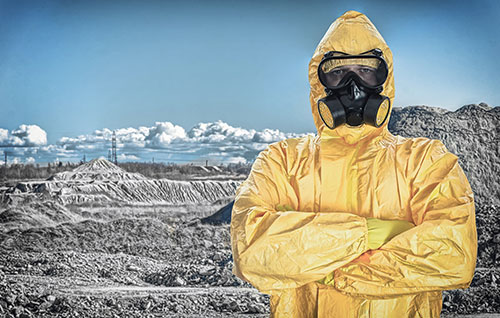